Although the excessive story changes might be tough for book purists to accept, Steven Spielberg has lovingly crafted a densely coded piece of cinematic magick that captures the zeitgeist of ’80s nostalgia. A screen alchemist of the highest order, Cinematic Grandpa Spielberg brings his own subtle trademark style to the visuals. To those expecting a faithful or accurate adaptation, be prepared. This movie has made large deviations from the source material but these were required in order that Spielberg delivered the messages and themes that make his movies to spellbinding. 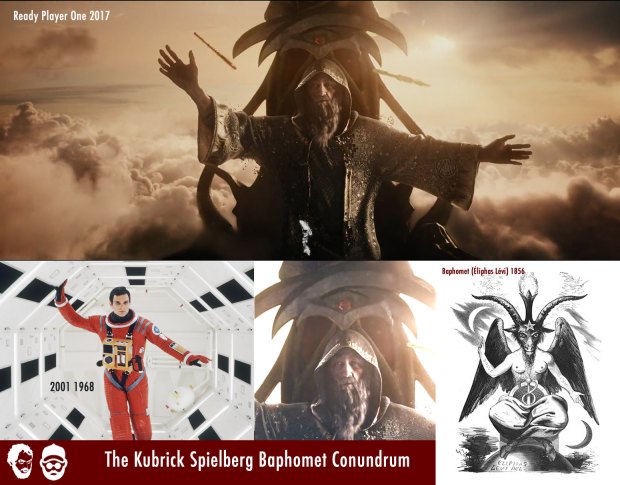 Themes galore, Spielberg has injected themes that have run through his work from the very beginning and found inventive and brilliant ways to slipstream the CGI against live action in Ready Player One.

The movie is most magickal when the action is taking place in the Oasis. Spielberg captivates viewers in the sort of AI virtual reality world it would be easy to get lost in, particularly when real life is so bleak. And that, if there’s one thing that keeps a very good movie from being extraordinary, is the problem. The virtual scenes are spellbinding and very inspiring, while the real-world plot is slightly less intruiging. An action sequence between geared-up avatars inside a game is naturally more colourful and imaginative than the grim reality of car chases and debtors’ prison. The actors all do a fine job with their roles, even though two of them are far off the ages of their book counterparts. Cooke (who was so wonderful in Thoroughbreds) is believably passionate, if for some reason not quite as much of a genius as she is in the book (“book Art3mis” is even smarter about all things Halliday than Parzival). Rylance (who’s become one of Spielberg’s most frequent collaborators) is excellent as the nearly mythical Halliday, and Ben Mendelsohn is perfectly smarmy as IOI’s greedy (and evil) executive, Nolan Sorrento. Alan Silvestri’s score, along with the many ’80s jams, is wholly evocative of the decade — which is only to be expected, considering that his previous scores include the Back to the Future trilogy, which is heavily referenced in this film. Considering the Herculean task of translating Cline’s epic novel onto the screen, Spielberg has kept the wonder and the nostalgia; ultimately’s that’s what will enchant viewers.